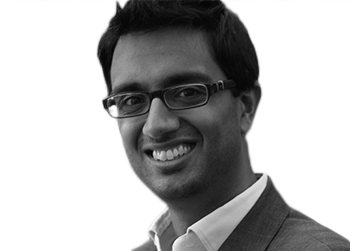 Hussein is a founding partner of Hoxton Ventures, a London-based early stage European venture capital firm. The firm was founded in 2013 with a $40 million fund, and has made 19 investments to date, which collectively have a market capitalization of over $2.0 billion. Hussein currently represents Hoxton on the boards of bd4travel, Behavox, Darktrace and TourRadar.

Hussein is also an angel investor in Bea’s of Bloomsbury, GoCardless, Halo Neuroscience, Popxo, Signpost and Yieldify. He is an advisor to Tarmin, and was previously an advisor to the chairman of Eros International (NYSE:EROS). He has occasionally assisted the UK government with technology policy. He regularly appears on BBC, Bloomberg, CNN and Sky News.

Formerly, Hussein was an associate at Accel Partners, where he focused on consumer internet, financial technology and software investments. He helped invest in OpenGamma, Playfish (acquired by EA) and Dapper (acquired by Yahoo). Hussein joined Accel from Microsoft Corporation where he was a platform planner, product manager and senior manager. He also helped put together Safe-View (acquired by L-3), and worked at Radiance Technologies (acquired by Comcast) and Studio Verso (acquired by KPMG).

All session by Hussein Kanji